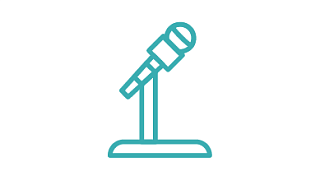 Bonn, Germany - iNADO acknowledges the decision of the IOC to maintain the suspension of the Russian Olympic Committee (ROC) for the Closing Ceremony. Regrettably, it is evident that it was made for pragmatic rather than principled reasons. It has taken two positive tests on Russian athletes to force the IOC’s hand when its clear intention had been to readmit the ROC before the closing of the Pyeongchang Games.

The disappointing fact that this is another short-lived, negotiated deal, to be lifted promptly within the next few days, indicates the IOC’s management of this issue has gone from bad to worse.
The IOC is the one organisation with sufficient influence to bring about a change in Russia which would see it commit to the principles of fair play that are integral to sport. A proportionate sanction, as called for in the iNADO ‘Open Letter’, which included requirements to acknowledge its broken system and take significant steps to fix it, was required. In light of the current decision, such a course of action forms no part of their agenda.

Clean athletes who have had their Olympic moments stolen, whether it be by missing a medal or even failing to qualify as a result of false results achieved by Russian athletes, deserve a more principled and steadfast response.

Successive decisions by the IOC in this matter have demonstrated that the interests of these clean athletes have no priority.

Can the IOC be held to account for not demanding honesty, integrity, and fair play in this matter? Will the sponsors and broadcasters of the Olympic Games contemplate this question?