Since 2014, in April, the global anti-doping regulator WADA and the entire world anti-doping community have been celebrating Play True Day, a day dedicated to fair sports, aimed at raising awareness among athletes, sports organizations and the public about the importance of protecting clean sport.

This year, the World Anti-Doping Agency (WADA) initiated Play Safe on Play True Day 2020 with athletes, national and regional anti-doping organizations on April 9th. At the same time, given the significant impact of the COVID-19 pandemic and as a sign of solidarity with the sports and anti-doping movement in the world, WADA added Play Safe in the title of the 2020 campaign, focusing activity on digital and social networks, thereby curbing the spread of the virus.

And the Russian anti-doping agency “RUSADA”, avoiding formal approaches, with the aim of uniting the Russian sports community around the ideals of fair sports and confirming real steps to combat doping in Russia, in order to support the WADA initiative and the international anti-doping movement, guided by state self-restriction measures, in order to deter expansion of coronavirus infection, organized the seven-hour RUSADA Online Marathon, dedicated to the Day of fair and clean sports Play Safe on Play True Day 2020. And this online marathon reflected in the Russian society: there were 383 325 views!

Such results became possible, among other things, thanks to the strategic partnership between RAA “RUSADA” and russian largest social network VK/VKontakte, signed in 2018. And RUSADA sincerely thanks VK for the opportunities offered by our partnership!

The marathon was led by Yuri Ganus, RUSADA Director General, and moderated by Evgeny Khristenko, RUSADA education department chief specialist. The marathon was held at several venues when RUSADA Deputy Director General Margarita Pakhnotskaya, who conducted an interview with our RUSADA guests, joined the marathon from the RUSADA office. RUSADA education department, which had just completed its online educational marathon, was actively involved in the preparation of the marathon.

The widest circle of stakeholders from Russia and abroad took part in the marathon, and they not only expressed position on fair and clean sports, but answered a wide range of questions:

- Representatives of the national sports community: Anna Bogaliy, two-time Olympic champion in biathlon and President of the Commonwealth of children’s youth biathlon of Russia, three-time world champion in athletics Maria Lasitskene, Jonathan Gureiro, participant in the Olympic Games (2018) and bronze medalist of the Russian Figure Skating Championship (2018), who expressed their attitude to the values ​​of sport and reaffirmed the principles of fair and clean sport supremacy;

- Representatives of higher educational institutions, with the active participation of MGIMO and Plekhanov Economic University Elena Ponomareva and Lilia Andryushenko. The international educational community was represented by Professor Jim Parry;

- RUSADA marathon was supported by the leaders of the anti-doping agencies of the world, with the personal participation of Michael Cepic and Shafag Huseynli, anti-doping agencies of Austria and Azerbaijan Director Generals; despite the dire epidemic situation in Spain, which also affected the Spanish Anti-Doping Agency, we received words of support from the Spanish Agency Director, Jose Luis Terreros Blanco.

- RUSADA Online Marathon was actively supported by WADA both in person and in absentia. The May Marathon was attended by Tom May, Director, Program Development and NADO/RADO Relations, and Tony Cunningham, Representative of Educational Department.

- The management of Russian sports actively supported RUSADA international Online Marathon and was represented by Vladimir Petrovich Lukin, President of the Paralympic Committee and Oleg Matytsin, Minister of Sports of the Russian Federation, who, together with Yuri Ganus, completed the RUSADA clean sport Online Marathon.

In RUSADA Online Marathon took part representative of the Olympic Committee of the Russian Federation, Maxim Verevkin, its anti-doping representative;

RUSADA Online Marathon was attended by other participants, whom we sincerely thank.
RUSADA Independent Ethics Officer Alexander Filatov took part in RUSADA Online Marathon, who actively participates in the ethics issues regulation in the RUSADA multi-level organization system, and who covered the importance of the principles and values ​​of clean sport, both in sports, in anti-doping activities, and in the life of every person;

RUSADA employees actively participated in the RUSADA Online Marathon Play Safe on Play True Day 2020. The heads of such key divisions of RUSADA as planning and testing, science, education, and the therapeutic use of substances prohibited in sports departments not only covered marathon topics in the context of the tasks of each division, but also answered numerous questions, including planning and testing aspects, doping control procedures in the current situation and in overcoming the crisis, issues of the athlete’s biological passport, distance education formats in sports, issues of working with children and youth athletes and their parents, issues of therapeutic use of prohibited substances and methods, issues of protecting the rights of clean athletes, their active participation in the international sports anti-doping movement, changes in the global anti-doping code 2021 and features of the new international anti-doping standards and changes in some of them, the isuue of anti-doping activities in football and athletics, urgent in the current situation, the impact of coronavirus infection on the athletes.

“This day is very important, for our country as well, since fair and clean sport is the basis of a competitive spirit, precisely because we need to win fair. We urge you to this, because it is a feature of our country, we have always been and must remain on the side of the truth,” said Yuri Ganus.

RUSADA Russian Anti-Doping Agency works out of circumstances and time, demonstrating its teamwork and professionalism. RUSADA is supported in the world and in our sports jurisdiction. RUSADA Online Marathon in support of Play Safe on Play True Day 2020 became a kind of starting point for re-understanding the current situation in the world and in sports. 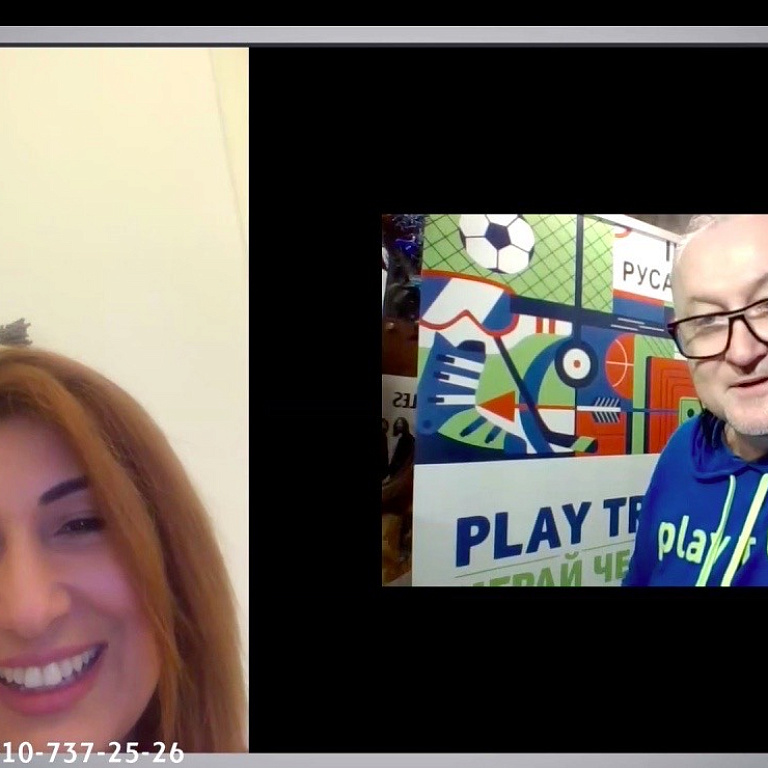 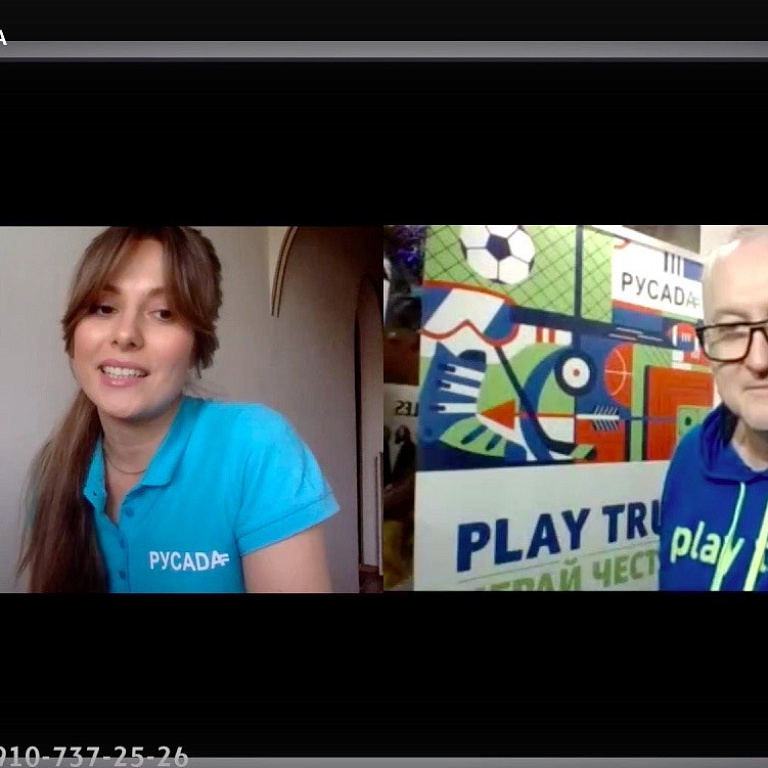 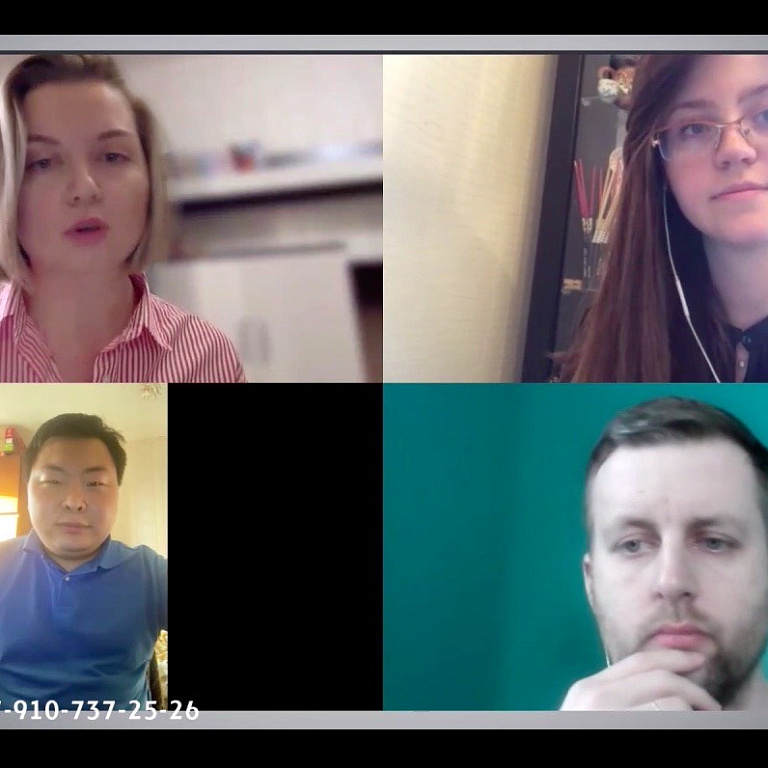